Poggio Lupo is a hamlet in the Municipality of Allerona, north of Orvieto. Allerona takes its name from the ancient Lerona Castle, of which nowadays just the remains of the majestic walls are left, together with two gates called “Del Sole” and “Della Luna” or “Delle Fonti”. Here rises Poggio Lupo, our winery. A land next to the Rivarcale stream, alongside the ancient Etruscan-Roman “Strada dei Vini” (Wine Road), an important communication route dating back to the Etruscan times (IV century BC). The cultivation of vines has been an essential activity since roman times, as confirmed in the old Lerona Castel Statute. This ancient document (issued by Pope Sisto V in 1585) tells us indeed about the sale of wine and highly specialized viticulture, for those days. The Family Morgante owns this property since the early ‘900. As from 2014, Alberto and his father Massimo have started a careful renovation work of the vineyard by trying to bring new organic substances through plentiful natural manure, modernizing the agricultural machinery and, in addition, they have started changing the cultivation techniques by immediately adopting the organic ones. 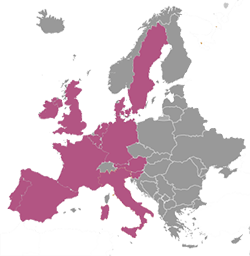 We ship to the following countries:

News and offers from diVinoSfuso

Would you like to receive news, promotions, discounts and our news? Sign up to our newsletter!
Cart
Checkout - 0.00€